The best animated short film Made in France

Signs of Destiny (and all that)

Something in the Dirt

You Won’t Be Alone

The Killer : A Girl Who Deserves to Die

My Love Affair with Marriage

Orchestrator of Storms : The Fantastique World of Jean Rollin

Competition Made in France

Signs of Destiny (and all that)

It is often said that France is not a country of fantastic cinema and there is no denying that we have an ambiguous relationship with this genre.
However, from the pioneer of cinema at the beginning of the last century, Georges Méliès, through to Titane, winner of the Palme d’or at Cannes in 2021, France can certainly boast an eclectic production.
French Touch is a journey through France’s genre cinema, from 1950s classics, such as René Clair’s Beauty and the Devil with Michel Simon’s superb Mephisto, through to Christophe Gans’ remastered Brotherhood of the Wolf, whose more than 5 million viewers make it the benchmark for genre film in France.
French Touch will also present unique works by mavericks, such as Jean Rollin, Jean-Pierre Mocky, Serge Leroy and Jérôme Boivin, along with the world premier of Jeunet and Caro’s remastered The City of Lost Children

Beauty and the Beast

Beauty and the Devil

Eyes without a Face

The City of Lost Children

Brotherhood of the Wolf

Friedrich Wilhelm Murnau shot Nosferatu 1921 and it premiered in Berlin the following year.
Considered one of the masterpieces of German expressionism and silent cinema, it was the ﬁrst ﬁlm adaptation of Bram Stoker’s Dracula.
To celebrate its centenary in high style, the original ﬁlm will be screened to an electro beat, with two other ﬁlmic adaptations –
Werner Herzog’s faithful remake of Murnau’s ﬁlm, with Klaus Kinski following in the footsteps of Max Schreck as the vampire, and that of Francis Ford Coppola, the most spectacular adaptation to date.

Naked in the Wind

Guess what happened to Count Dracula ?

Master of the flying guillotine

Exhibition: In Search of Paradise

They Dream in My Bones

Exhibition: In Search of Paradise

Master Class: The Visitor from the Future 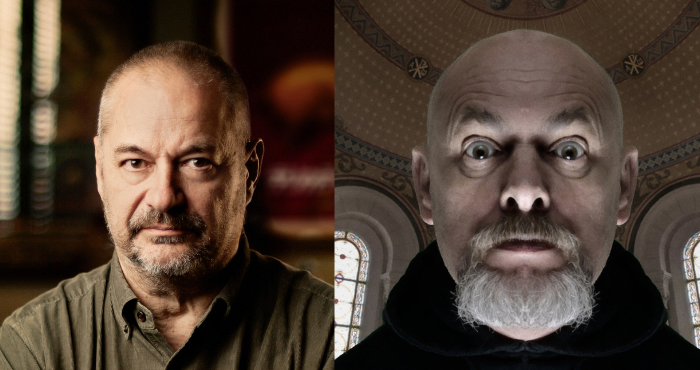 Interview with the Summer Scars team