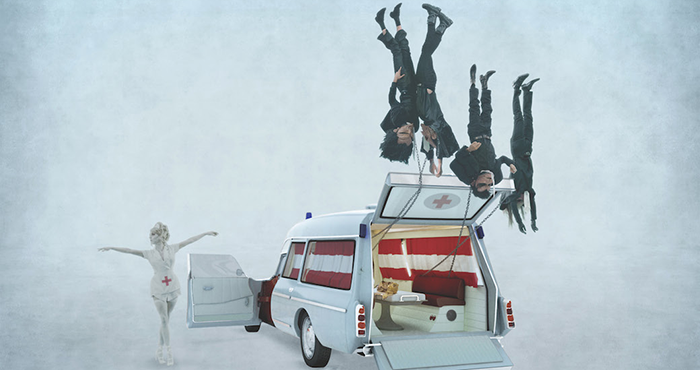 This tetralogy, first conceived of as an exquisite dead body in which each new episode begins where the previous one left off, kills off Rosto’s original group “The Wreckers” to have it reborn as the virtual group “Thee Wreckers”. Their music resuscitates ghosts and revives memories, illusions, sacrifices. A musical trip resolutely Rock, summoning the spirits of artists who are at once young, old, dead and eternal.

Author, film director, illustrator and musician, Dutch artist Rosto began the Tetralogy in 2008 with No Place Like Home, followed by Lonely Bones (2013), Splintertime (2015) and his latest film Reruns (2018). The Wreckers Tetralogy, composed of four short films mixing animation and real-life shots and of the documentary Everything Is Different Nothing Has Changed, pays tribute to this artist’s singular world mixing rock and fantasy.

Version: in English with French subtitles