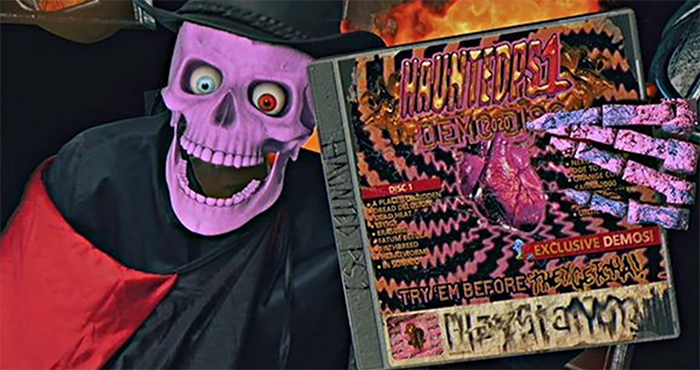 For a decade now, horror video games have been embracing new forms thanks to independent productions, whose striking imagery has breathed new life into the entire genre. Like the genre cinema from which they derive their iconography and codes, horror games are a fertile field for experimentation, from the Slender: The Arrival to the gruesome Neverending Nightmares. Popularised by YouTube reaction-videos of terrified gamers around the world, the global success of Amnesia: The Dark Descent in 2010 opened a Pandora’s box from which the genre has yet to recover. With the democratisation of game-creation tools and a wider audience for niche games, horror-video games seemed on the verge of a new golden age.

There was a mindboggling abundance of new games – the Steam online store was flooded with them – but there was a disappointing lack of variety. What had sounded like a revolution that would democratise the horror game turned out to be a “youtuber genre” with predictable codes: first-person viewpoints, notebook pages to collect, minimal interaction and uninspired environments. The typical ingredients of a poorly executed ghost train. In short: jump scares everywhere, terror nowhere.

If some of the games did meet expectations, such as Layers of Fear or Outlast 2, an atypical trend seems to have emerged recently.

Nostalgic for the early days of 3D horror, many game designers claimed a new paradigm in horror video games. Low polys, low-resolution textures and a back to basics design strongly reminiscent of Playstation 1’s horror aesthetics.

Like found footage, it’s the mysteriousness of the imagery that’s important, as players explore grainy blurred spaces in strange colours. This type of design leans on the bizarre rather than the spectacular.

Signalis is a successful mix of Japanese animation and Silent Hill-inspired fright, with its feet in space cyberpunk. A finalist game in the Indie Game Contest in 2018, we’re following with interested this project created by rose-engine.

In the same pixel-driven vein, many of the games produced by the Japanese studio Chilla’s Art mix Slenderman-style horror with PS1 aesthetics. With their hit or miss technique and execution, these games are haunted by the spirit of J-Horror. The hand-held camera of Inunaki Tunnel takes players through a cursed tunnel where people are said to have died. Granularity, camera huds, digital blur – all that’s needed to make you uncertain of what you see, creating anguish of starting out on already shaky ground. Another game, Aka Manto, puts players in the shoes of a teen forced by classmates to explore a school at night. The occasion, of course, to encounter giant insects and an urban-legend ghost who stalks her relentlessly.

All in all, these games can be completed in an hour at the most, but are strong reminders of the horror video-game’s ability to carve out alternative paths. This time round one of low polys and pixels with a purpose.