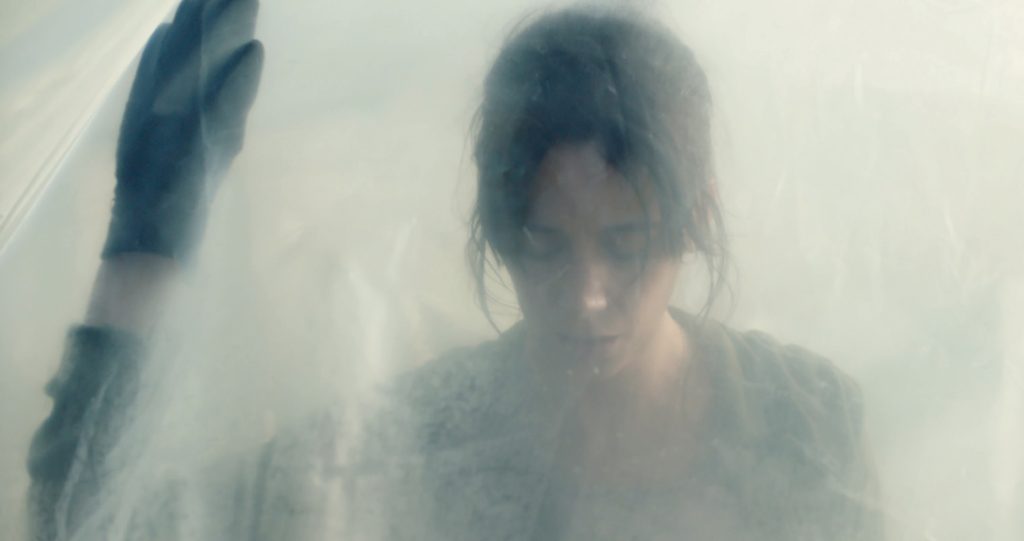 A widow with two children struggles to keep her farm afloat in an agricultural world in turmoil. She breeds comestible grasshoppers, which, for the moment, are too small and produce too little offspring to turn a profit. Consumed by work, she puts food on the table but neglects her own and her children’s emotional needs. When she accidently discovers that the grasshoppers will triple in size if fed blood, she launches into a near maniacal drive to expand production. Increasingly isolated, she develops a troubling and perverse intimacy with the bloodthirsty insects.

Photographed in startingly vivid detail that’s reminiscent of Starship Troopers, the growing presence of the grasshoppers create a climate of anxiety that pervades the film, making it difficult not to think of the agricultural disaster that would occur should they escape.

Suliane Brahim brilliantly captures the ambiguity of this courageous, well-intentioned woman in the grip of destructive ambition.

Portrait of a combat gone wrong, exacerbated through the prism of insect horror.