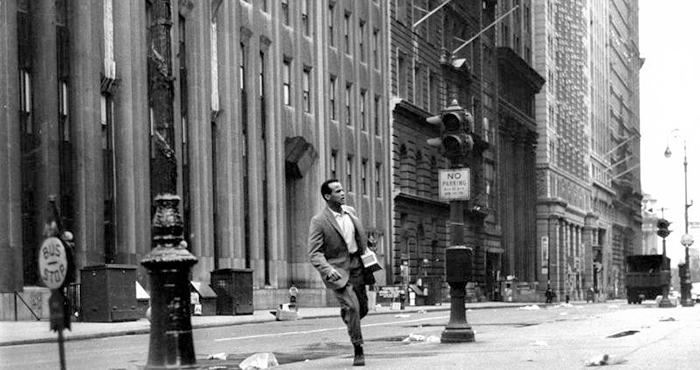 In 2012, the Festival, ever-faithful believers in the Mayan calendar that predicted the world’s end, plunged headlong into a retrospective of post-apocalyptic films.  We presented 10 films from the 1950s through to the 1980s, all of which clearly showed that there was nothing new about our fear of extinction.

Given the confinement under which we are living today, the prophetic text below that writer and film buff Jean Alessandrini wrote to introduce our retrospective has acquired a new sheen of irony.

“Among cinema’s vast array of themes, one which has hardly been dealt with is the kind of world we would be left with in the aftermath of an apocalypse, a term generally used to imply human extinction due to all-out nuclear war. The meaning of extinction, however, is a relative one in that the writers of our 10 revival films, cinematic conventions oblige, have left us with a few survivors roaming about in nightmarish landscapes, and who have returned to humanity’s initial state of survival-of-the-fittest, consequently more savagely aggressive than ever.

If we take a look at the stars in these films, putting aside Harry Belafonte, Mel Gibson, Kurt Russell and Michel Serrault, our eye falls upon Charlton Heston and Yul Brynner. These two actors played diehard enemies in Cecil B. de Mille’s The 10 Commandants in 1956 before moving on to specialise in the Eternal with edifying Biblical roles: Heston’s Ben Hur in 1959 and Brynner’s Salomon and Sheba in the same year. Then they both recycled themselves admirably over the next two decades, playing in a few pessimistic sci-fi films, notably for Heston, The Planet of the Apes in 1968 followed by Soylant Green in 1973, and for Brynner, Westworld in 1973 and The Ultimate Warrior in 1976.

The Post-Apocalyptic revival films may well belong to the past, but their implicit warnings still ring true today. To resume: it’s time to stop playing the sorcerer’s apprentice as we have been doing over the last fifty years. Ecological meltdowns, energy shortages and pandemic death threats – all have shiny, new apocalyptic potential, making Dad’s list from yesterday a quite extendable one.”

Click here for the list of the retrospective films as well as our “post-apo night of truly bad films”, trailers and all.