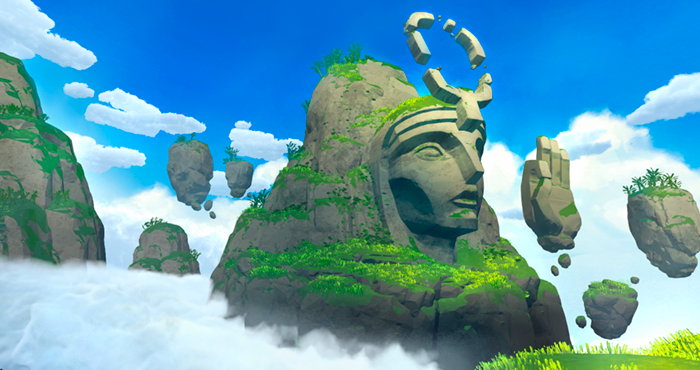 Cloudborn is a virtual reality exploration game for HTC Vive and is the first game produced by Sweden’s Logtown studios.

Immersed in unknown lands, the player takes part in a breath-taking adventure, climbing cliffs and contemplating the ruins of a lost civilisation, which a dark fate seems to have caused to disappear. The game was designed with accessibility in mind and offers a wide range of options and biomechanical abilities to ensure optimum playing comfort, from swinging one’s arms to teleportation, including the possibility of slipping and sliding offered by every modern first-person action game.

Cloudborn has been specially developed for the use of VR controllers and can be played standing up, sitting down or moving about a dedicated space.

Free play access from the 15th to the 25th of september, at Shadok