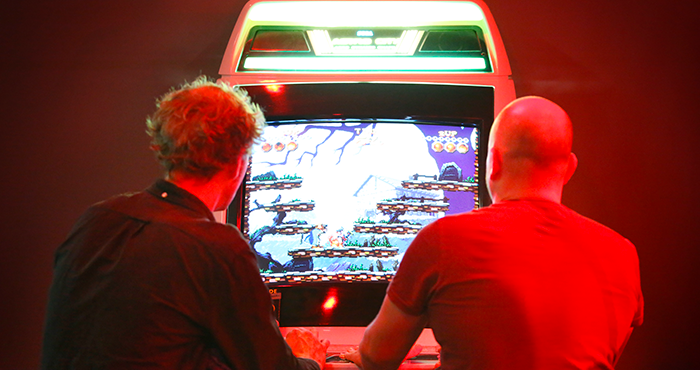 A logical follow-up to the conference on VS Fighting, which will be held from 6pm on Friday, 22 September, the Festival and the Shadok will be providing a night-time event on a big screen, entirely devoted to arcade games.

First on the programme, the Strasbourg association Ring Out will hold a tournament on the combat game Street Fighter V (knockout competition – three winning matches).

This will be followed by several superplays: the Blackisto player (3rd best score in the world not counting Japanese players) will present a run on the Japanese shooter game DoDonpachi, while the Xylo player will demonstrate a run on the game Metal Slug.

Finally, the Bat’cade team will present a surprise VS Fighting game.

There will be free access to the arcade games at the Shadok throughout the evening.