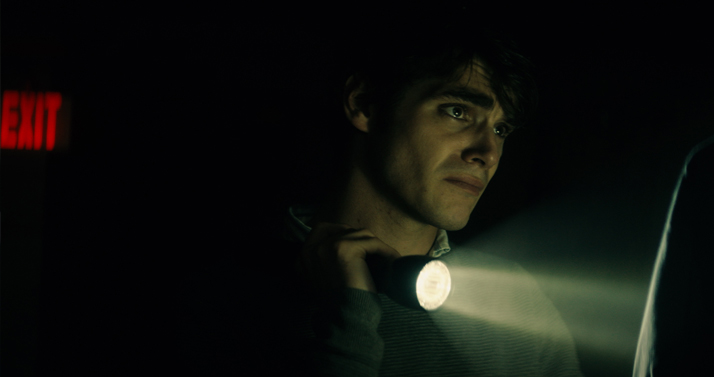 During a snowstorm, a man rushes into a bar about to close. The barman recognises him as the son of a dead friend. Has he really come to pick up his father’s ashes as he says?

In this minimalist thriller that unfolds through storytelling, the film’s characters progressively unveil themselves through precise and shrewdly constructed dialogue, in a steady stream of biting repartees. Exhilarating snow thrillers are nothing new, but The Oak Room’s ingenious Russian doll structure sets it apart. Story after story and stories withing stories collide with the truth of who people are and their motives, prolonging doubt and palpitating suspense up the very end.