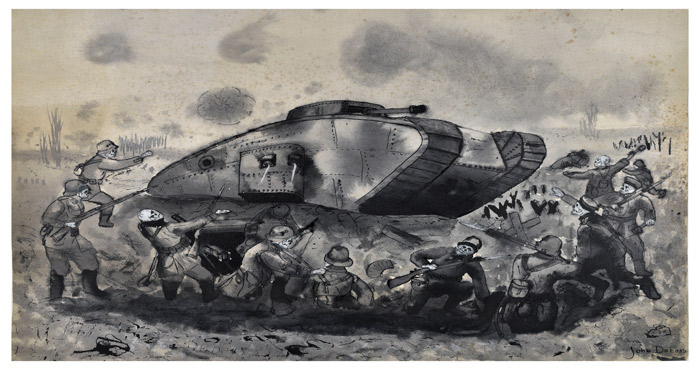 GRÜSELNÀCHT: A NIGHT OF TRAUMA

For the 100th anniversary of the end of the Great War, the Alsatian Museum offers visitors an immersion into the horrors of its trenches. The unleashing of hostilities, the combat operations and its makeshift surgery have made history. Mutilated soldiers with minds left in tatters were the challenges faced by the surgeons and psychiatrists of the times.

The most intrepid are invited to enter the tortured mind of an ordinary soldier, burdened by terrifying visions and wild fantasies at our nocturnal programme on 18 September.

Visit as well “Nightmares of The Past: Pain and Mental Suffering in the Trenches”, in which contemporary Strasbourg artists explore the abject nature of the Great War. And don’t miss the screening of Dalton Trumbo’s war film Johnny Got His Gun.