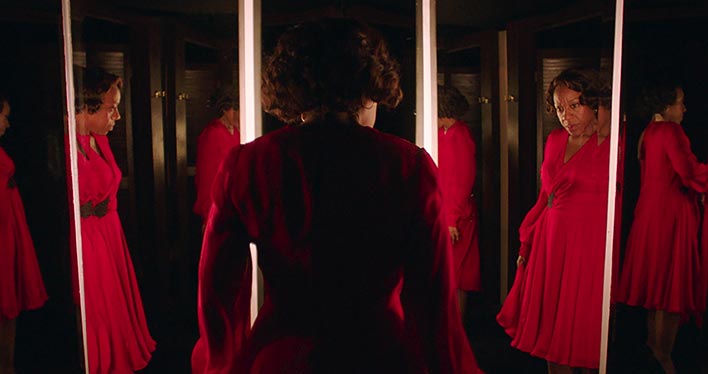 In Fabric wins the Golden Melies

Peter Strickland’s In Fabric has won the Golden Méliès, which was awarded on Sunday 6 October at the 52nd Sitges International Fantastic Film Festival of Catalonia.

The stylish and disturbing film about a killer dress came away with the Silver Méliès at the recent Strasbourg European Fantastic Film Festival, thus guaranteeing its selection for the Golden Méliès competition together with the seven winners of the Silver Méliès awarded at the other affiliated member festivals of the European Fantastic Film Festivals Federation (www.melies.org).

In a cacophony of metallic voices and wavering images, In Fabric follows the path of a size 36 red dress. It can be purchased from a (questionably human) saleswoman at a totalitarian-like department store called Dentley and Soper’s, a centrepiece of the film. The dress severely upsets its wearers’ lives. In Fabric is a wickedly slippery film that balks at interpretation. It’s best to let yourself trip on the images and sounds, and Strickland’s brilliant dialogues, all of which coalesce into a richly disturbing fabric of the tragic, the hilarious and the foolishness of human aspirations. Welcome to the Kingdom of the Weird.