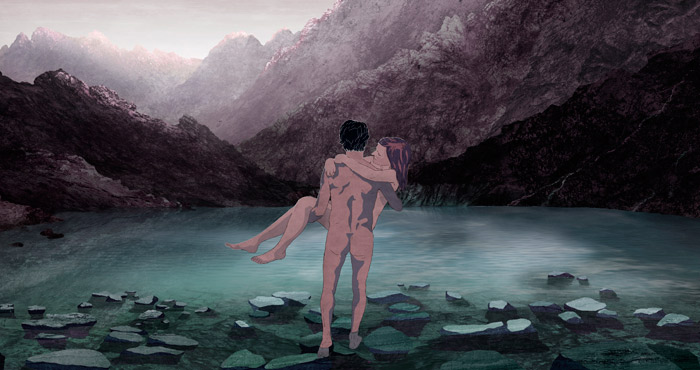 For the second year in a row, Point Est and the Festival will be providing an opportunity for you to meet directors and producers of animated films who have come to introduce their ongoing projects. To gain a better understanding of the process involved in directing animated films, come and take a preview look at pencil drawings being transformed into animated sequences. The feature-length animations presented are Jérémie Perrin’s Mars Express, produced by Everybody on Deck; Benoît Chieux’s Sirocco, produced by  Sacrebleu Productions; Pierre Földes’ Blind Willow, Sleeping Woman, produced by Miyu Productions and, finally, Grégoire Lemoine’s Hospice Odyssey, produced by Vivement Lundi ! With regard to shorts, the latest Protozoaire, Amopix, and Nojo and Co will be presented.