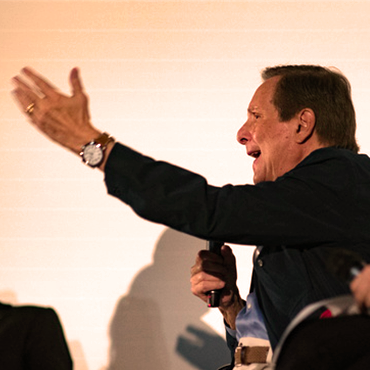 William Friedkin is one of those filmmakers who had an impact on the shift in American cinema in the 1970s and were involved in its renewal and redefinition. Initially a maker of documentaries, the Chicago-born director proposed a new view of cinema, which was more direct and more realistic and made each of his early works an event in itself.

In The French Connection, he takes a hard and naturalistic look at the work of a police officer in 1970s New York. In The Exorcist, he terrified the entire world by revealing how powerless faith is when dealing with the demonic possession of a child. Sorcerer, often said to have sounded the death knell of a richly blessed period in American cinema, is a virtuoso work of despair that, once again, focuses on fanatical anti-Manichaeism.

William Friedkin has crossed the ages and issues debated and tried his hand at crime films, fantasy movies or theme-based films, but his work has never abandoned its insolence and passion. His last fiction work to date, Killer Joe , has a storyline that is both minimalist and rugged at the same time. It bears testimony to the constantly renewed youth of a director who has shaped the history of cinema from his very early days.