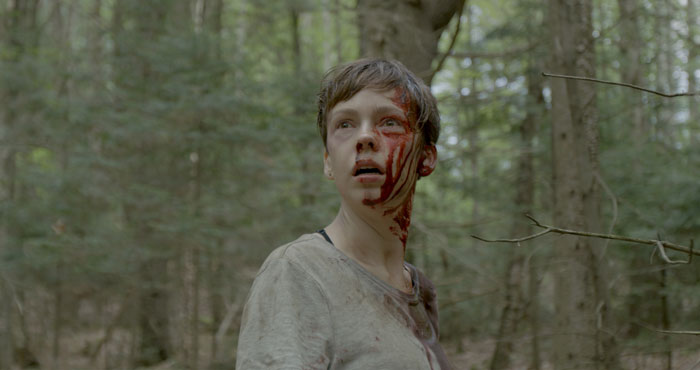 WHAT KEEPS YOU ALIVE

Jules joins Jackie at a secluded, lakeside cabin. The couple’s initially idyllic relationship is quickly undermined by a neighbour’s tactless revelation. Little by little, one of the women shows herself to be a frightening psychopath. What Keeps You Alive is a film with few characters, but in these woods where no one can be heard, it focuses on a pursuit, a struggle and a violent hunt.

Minihan’s film challenges this gay couple’s feelings and blind trust in one another. From one scene to the next, one will discover who the other really is. In a role tinged with perverseness and cynicism, Hanna Emily Anderson delivers a no holds barred performance.