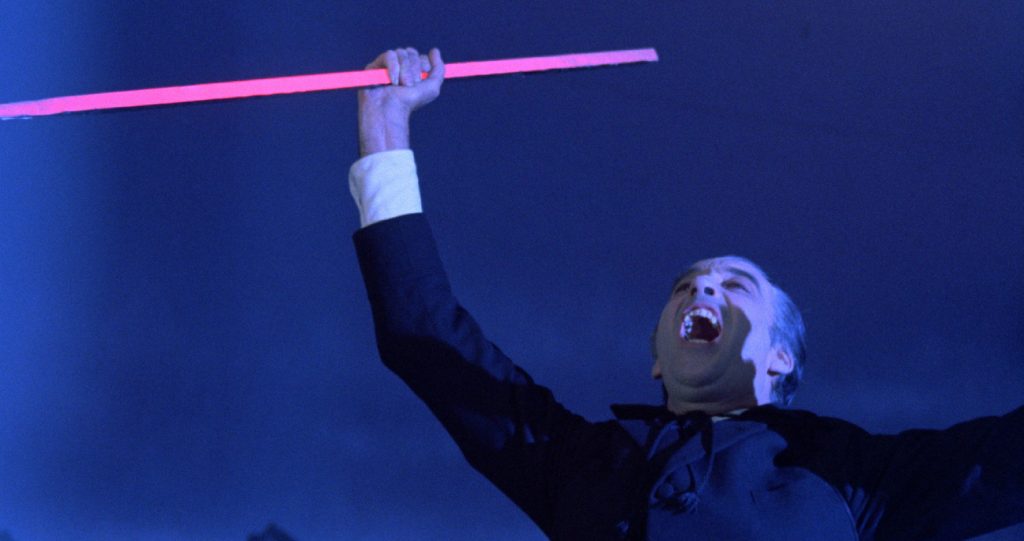 THE SCARS OF DRACULA

This time Christopher Lee, a phenomenal Dracula since the late 1950s, leaves his castle to hunt down young girls while other unfortunate individuals rot behind its ancestral walls. The Scars of Dracula is not a landmark title in the history of Hammer films – the British production company that brought the Gothic bestiary up to date – but it is a milestone on the road to modernity.

Director Roy Ward Baker moves away from the grandiloquence and flamboyant style of the master Terence Fisher for a Dracula that reflects the norms of the 1970s, but with a touch of humour. Violence and murder are exacerbated, but the victims’ screams are not loud enough to mask the eroticism of fangs as they penetrate the flesh.

Sunday, 1 November, 6pm at the Star

Language: in English, subtitled in French