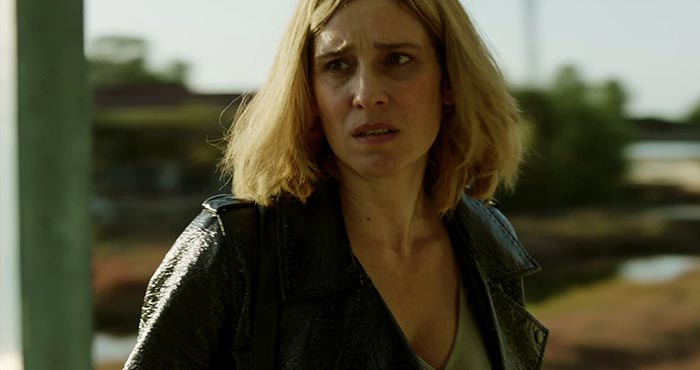 THE MIRACLE OF THE SARGASSO SEA

The Sargasso Sea is a symbol, that of the migration of Greek eels to the other end of the Atlantic. Two women also dream of escaping from their drab daily lives in a small town in Greece, far from Athens. The first, a local police chief, seeks refuge in alcohol, while the second lives under the yoke of her unhinged brother. A violent death brings these two broken lives together. Syllas Tzoumerkas has directed an unsettling and atmospheric neo-noir whose two inspired actresses carry the film. In an absurd and tragic setting bordering on the supernatural, Tzoumerkas continues the revival of a specific form of Greek cinema.

Version: in Greek subtitled in Eng. and Fr.