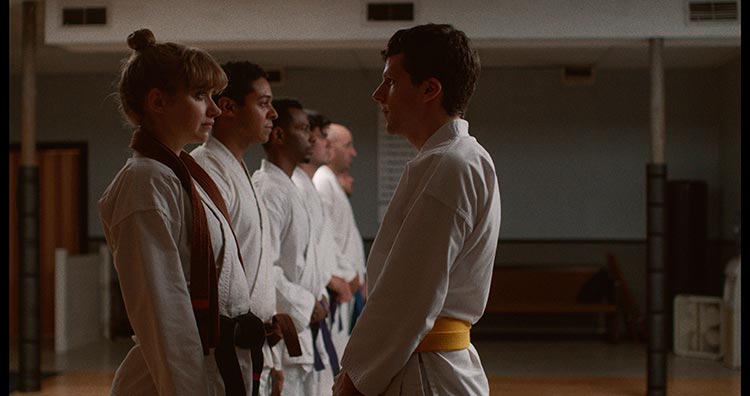 THE ART OF SELF DEFENSE

Casey is a highly-intelligent but self-effacing weakling, belittled by his male co-workers. After he’s attacked by a motorcycle gang, he joins a karate studio to learn self-defence. His charismatic but destructive karate master humiliates his students, but Casey emerges strong and blindly confident in his new, ambiguous persona. Black comedy laugher can have an uneasy ring to it, and Stearns’ film in no exception, but Eisenberg’s boyish elegance and talent for deadpan instil a touch of lightness and the absurd into this amoral world of hyper-masculinity.