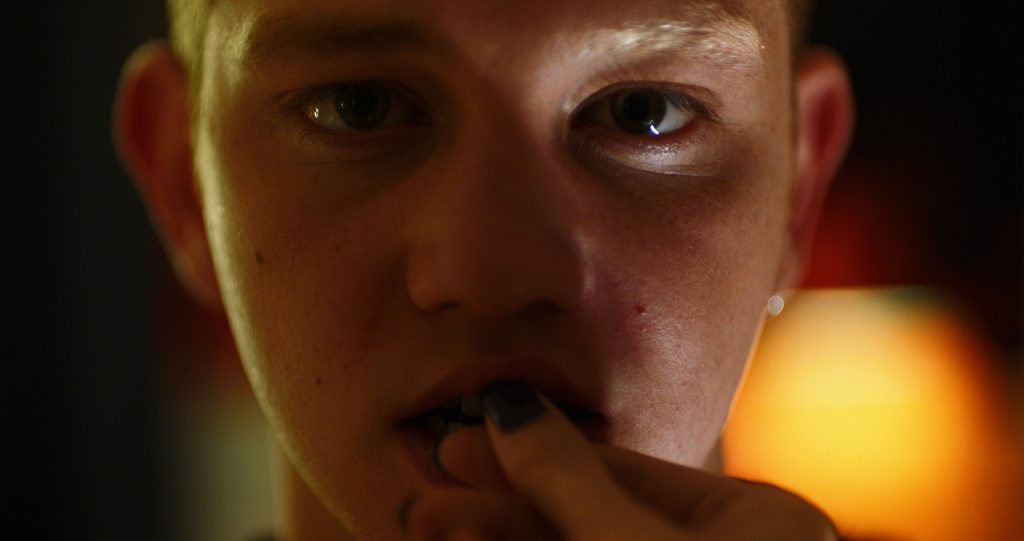 Teddy is 19 years old. He has little schooling, is a bit of a trouble-maker and could easily pass for an older cousin to P’tit Quinquin. He lives in a rural area of the French Pyrenees with his uncle Pepin (Torrent Ludovic, a non-pro actor with moments of grace) and works in a massage parlour, under the command of a hilarious Noémie Lovsky as his cougar boss. Teddy’s only dream is to marry his long-time girlfriend Rebecca, a high-school student from a very different milieu.

In the meanwhile, a beast is killing off the sheep. Teddy seems curiously drawn towards it and on a night of the full moon, is bitten.

Teddy is a cruel and moving portrait of a social misfit at the bottom of the economic ladder in a small-town community. It owes much of its impact to a perfect balance of the real with the supernatural. An authentic sense of place inhabited by fully-drawn characters is well established before the film’s plunge into all-out fantastic revenge horror. The result is a genuine horror film which effectively tackles marginality and intolerance.

Saturday, 31 October, 6:15pm at the Star St-Ex
Directors in attendance