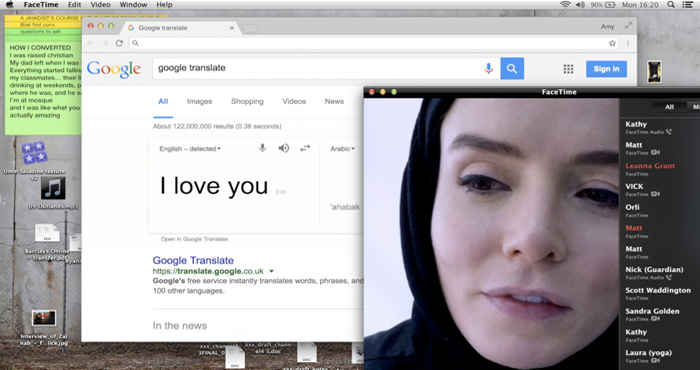 Two fake personas hook up on Facebook. One, a journalist posing as a young disaffected Muslim convert. The other, a jihadi conjurer, promising love in a Syrian paradise. But the journalist is ill-prepared for the digital Skype courtship that follows with the devastatingly handsome Bilel.

Tumur Bekmanbetov’s Profile explores how ISIS recruiters lured hundreds of women to Syria to be jihadi brides, a process facilitated by virtualised social media, where critical thinking is easily put on hold. Inspired by journalist Anna Erelle’s In the Skin of a Jihadist, Profile is a compelling thriller that unfolds onscreen, without compromising its immediacy. Its palpable tension holds up to the end.