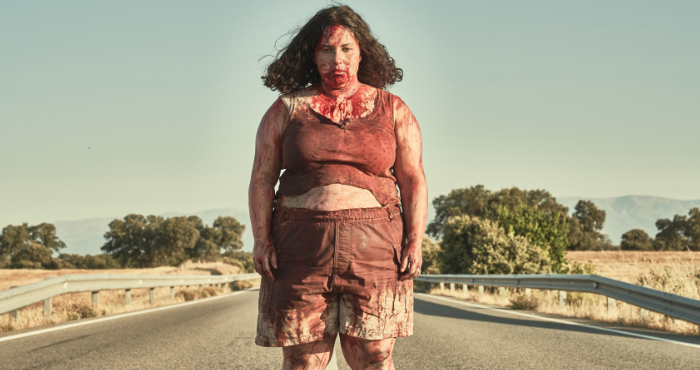 Piggy, a feature film by the Spanish director Carlota Pereda won the Méliès d’or (Golden Melies) at the 55th International Festival of Fantastic Cinema of Catalonia on 11 October 2022. The film had previously won the Silver Melies at the Strasbourg European Fantastic Film Festival in September. Somewhere in between Carrie and survival horror, its main themes are bullying and revenge. Set in small-town rural Spain, with a stellar performance by actor Laura Galan, Piggy will hit French cinemas on 2 November. See our interview with Laura Galan.

The fantastic short-film Méliès d’or was attributed to From Beyond by Norwegian director Fredrik S. Hana. The Melies International Festivals Federation (MIFF) presented an honorary career Melies to the Italian composer Claudio Simonetti for his musical contribution to the genre. Simonetti is best known for his emblematic sound tracks that haunt the films of Dario Argento, performed by his cult progressive rock group, Goblin.

The Golden Melies ceremonies in Sitges are organised annually by the MIFF, a federation of 26 festivals in 20 countries, representing 800 thousand viewers. They promote European genre films throughout the world, enhancing both their public and industry visibility, thanks to their network of festivals in Europe, North and South America, and Asia.