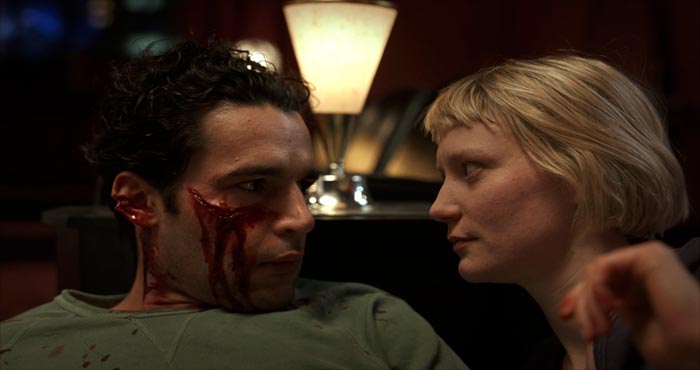 Reed leaves his cosy little family to spend a night in a luxurious hotel, where he waits for a prostitute to come so he can put his criminal fantasy into effect. Up until the moment the woman arrives, he rehearses his moves and gestures.

After a graphically-styled first film, Nicolas Pesce tries his hand at a stylistic exercise containing many film references. His character’s murderous odyssey is accompanied by the well-known music of 1970s Italian genre films, but if the Claudio Simonetti and the Goblins songs are reminiscent of glorious elders, Piercing is nonetheless a film with a strong identity of its own. The refined storyline, buoyed by two actors in their prime, is painful, icy and eerily haunting.