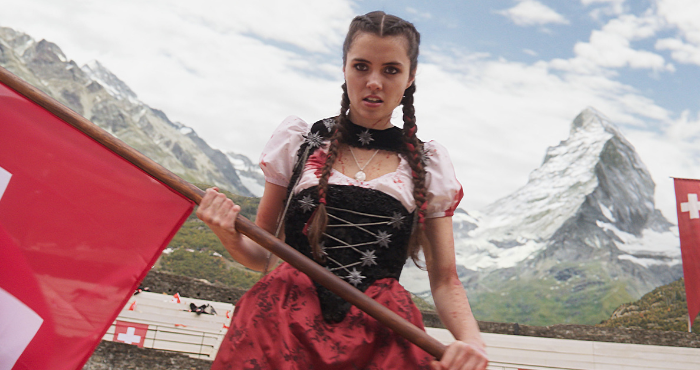 Heidi is back … out for revenge. After the massacre of her beloved Peter, the little girl from the Alps grows up and goes on a crusade against a megalomaniac cheese magnate in a totalitarian Switzerland.

The merry trouble-makers behind Iron Sky are back on the big screen with “the world’s first ever Swissploitation and the bloodiest Swiss film of all time”. Mad Heidi is an improbable meeting of Kill Bill and The Sound of Music, with nods to WIPs – women – in prison films – and 1970s Japanese chanbara films. A real treat, with fondue torture and chocolate massacres on the menu.