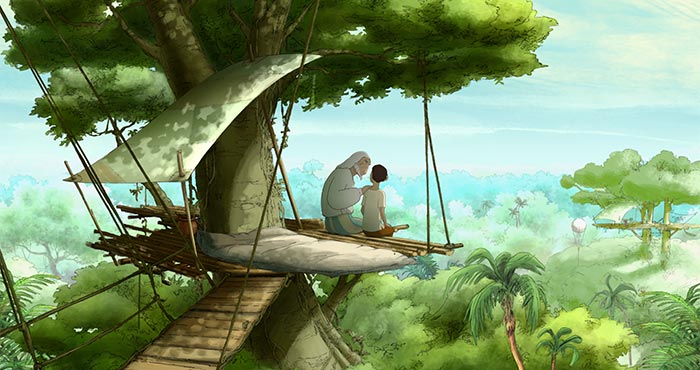 An old prince runs aground on an unknown shore. Injured and lost, he is found by young Tom and taken in by his parents, two scientists forced into exile for daring to believe in the existence of other peoples. The prince, guided by his friend Tom, discovers with enthusiasm and fascination this ossified and moribund society. During this time, the scientist couple dream of convincing Academia of the truth of their theory, which it has previously rejected.

The Prince’s Voyage is a philosophical story that, through the eyes of a stranger gazing down on this city of monkeys, takes a tender and humorous critical look at our societies.