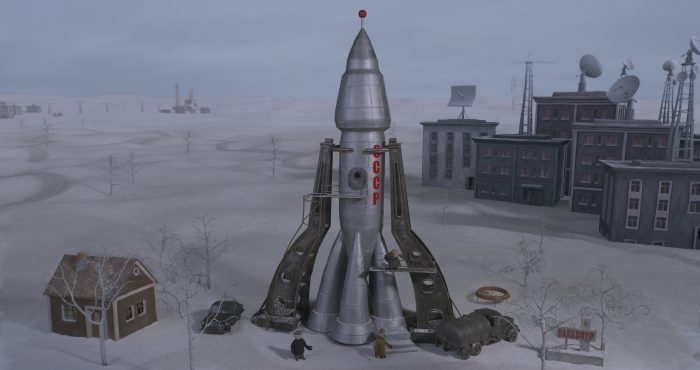 On the edge of a Russian town, the bitch Laika has a hard life. Held captive and trained as a pioneer dog astronaut, she now finds herself in space, followed by a large number of animals launched from Baikonur and Houston. They roam in space until they find a planet, which they enthusiastically populate. But living the good life is spoilt by the appearance of the first human.

Dogs are returning to occupy centre-stage, whether in live action or animated films, such as Wes Anderson’s most recent film Isle of Dogs. Nonetheless, Laika takes things a few steps further by adding elements of punk opera, spiced with reflections on capitalism and communism.

Version: in Czech, subtitled in French