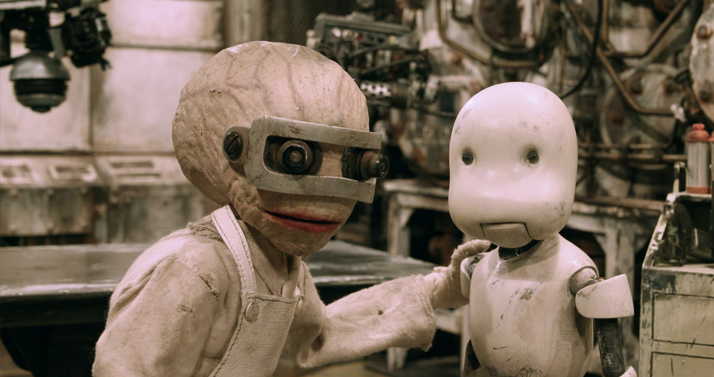 In a distant future, the world is dominated by machines and mutants. Humans, afflicted with an illness that prevents them from reproducing, send an amnesiac android to find a miracle cure in the underground regions, where mortal creatures live.

Takahide Hori is self-taught and spent seven years, first alone, then with a small team, to create this stop motion wonder for adults. Inspired by H.R. Giger, Jerome Bosch and M.C. Escher, he has brilliantly brought a nightmarish universe to life, not without touches of humour. After the film’s unexpected success in Japan, two sequels are being prepared.