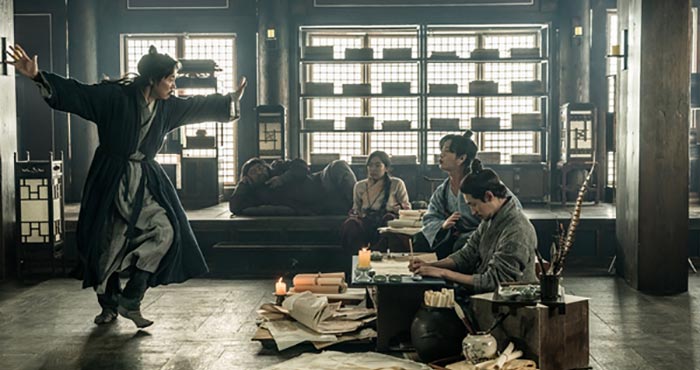 King Seto needs an image boost, so a band of wandering jesters is hired to convince people that his reign is endorsed by heaven. Soon rainbows and giant Buddhas will appear in the sky wherever he goes. News of these dazzling miracles speeds like Tweets throughout the land and, accepted by the multitudes, illusion and lie become “truth”.

At the heart of this hilarious film is our gullibility and rarely questioned beliefs. Using satirical comedy set in the 15th century, Jesters takes aim at our digital media, where the power of fake news and doctored images thrives and multiplies.

Version: in Korean subtitled in Eng. and Fr.