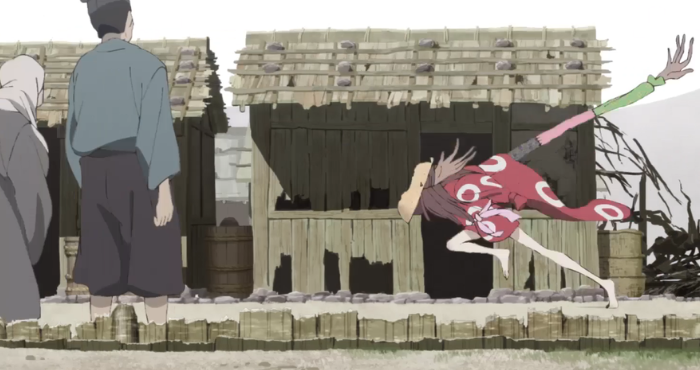 Japan, 14th century. Inu-Oh lives as a recluse, his monstrously deformed face hidden behind a mask. One day, he discovers an unparalleled talent for dancing to the sound of a blind musician’s lute. As the duo’s performances win them ever-greater acclaim, Inu-Oh starts to regain a human appearance.
Inu-Oh is the latest stroke of genius from Masaaki Yuasa, the pre-eminent punk master of Japanese animation. He’s reimagined the legend of the historical figure of Inu-Oh in the form of an over-the-top rock opera. The main character is voiced by Avu­chan, the charismatic non-binary leader of the cult Japanese rock band Queen Bee, channeling the energy of David Bowie and Freddie Mercury.