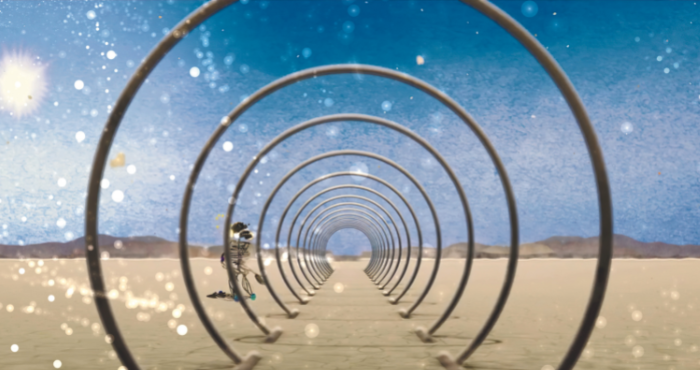 The augmented reality exhibition In Search of Paradise is an immersion into the world of Anca Damian’s animated film The Island. The film is based on the play of the same name by the Surrealist poet Gellu Naum, which itself is a demystified version of Daniel Defoe’s navel Robinson Crusoe, published in 1719. Like her film, the exhibition highlights pressing contemporary issues, such as migration, the environment, alienation and dependence on technology. It also revisits a classic work in a way rarely seen before. Thanks to augmented reality, visitors will become active participants in the world depicted in the film

To be seen from 23 sept. to 8 oct. at the Shadok
from Wednesday to Saturday from 2 to 6