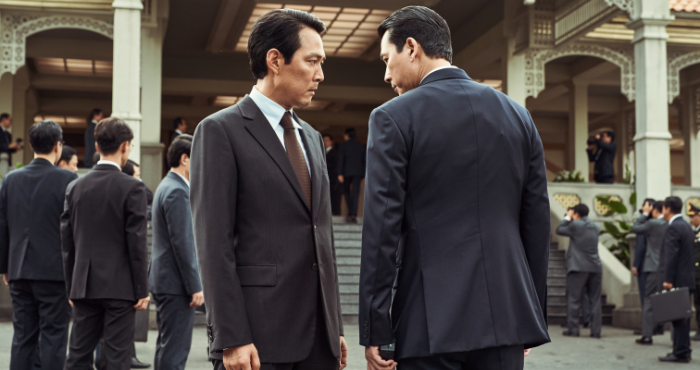 1980s Korea, in the wake of President Park’s assassination. To prevent another war, two senior South Korean security officials are tasked with locating an undercover North Korean mole in their midst. They quickly uncover a massive plot.
For his first feature film, appearing both in front of and behind the camera, Lee Jung-jae, the cult actor from Squid Game, forays into the spy film genre. Setting the story in Korea’s troubled period of the 1980s, rarely portrayed in film, he weaves a narrative brimming with twists and spectacular action scenes.