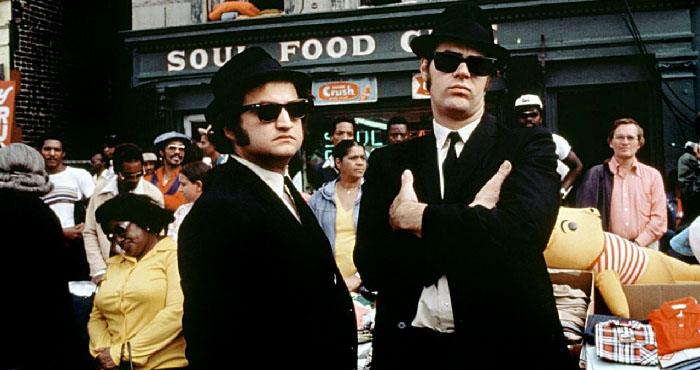 DRIVE IN: THE BLUES BROTHERS

Rediscover The Blues Brothers, car radio blasting in the open air on a car park roof. Who needs more?

When Jake is released from prison, he and his brother Elwood decide to reunite their blues band to raise funds and save the Catholic orphanage in which they were brought up from foreclosure. They set out on a “mission from God” in search of their former musicians when they are pursued by American Nazis, country and western singers, the police and an ex armed with a bazooka. In this explosive cocktail of chases and rhythm and blues, John Landis achieves the rare feat of bringing together on the screen Aretha Franklin, James Brown, Ray Charles, Cab Calloway and John Lee Hooker. A must-watch!

All cars supplied by Citiz