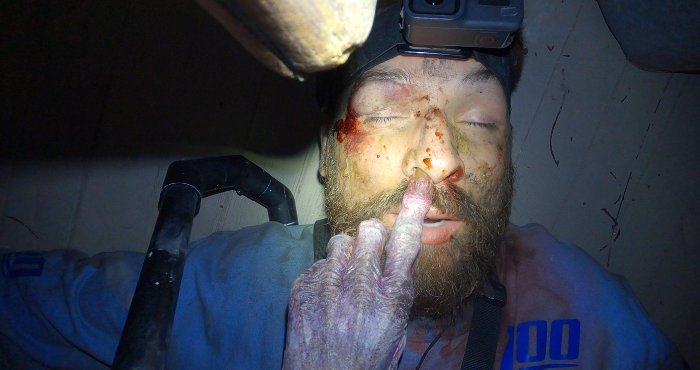 In a desperate attempt to redeem himself after a scandal, a livestreamer desperately tries to win back his followers by spending a night in a haunted house. With a camera strapped to his forehead, he awakens an evil spirit that hunts him until morning, under the jaded, cynical gaze of the web surfers.

Joseph and Vanessa Winter make the most of the streaming format, skilfully playing on what we think is coming next. Deadstream, as funny as it is frightening, astutely observes these new public figures that crave attention and their relationship with their audience.