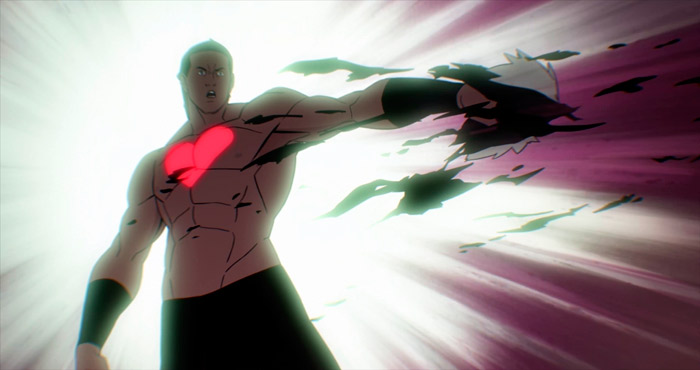 Welcome to a world ravaged by explosions of violence, a world without love. Jung, the broken-hearted hero, pursues his quest: to reconstitute his lost love Maria, savagely decapitated by Little Jesus. He can count on the support of the allies he’s met along his bloody path, allies who will teach him much about others, but above all about himself. He also has to deal with his outbursts of violence, an incontrollable curse whose source lies deep in his heart.

This series in six episodes, which could be summarised as “Ken-the-survivor-on-acid goes to the shrink”, was created by the Lastman team and produced by the French studio Bobbypills, specialised in animated films for adults.

Wednesday, September 19th, 00:30am at the Star St-Exupéry