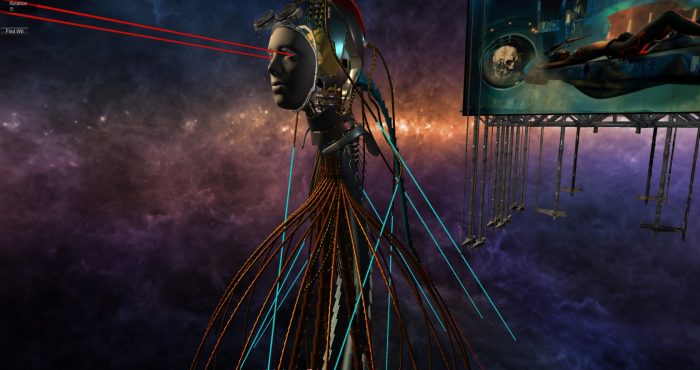 Concert - Saturday the 15th September at 9 pm at the Shadok

Elevn is a project of two fans of 1980s horror and science-fiction films.

From Walking Dead to Blade Runner , they draw their inspiration from a very rich pop culture. Quickly identified and carried by specialised channels and blogs, they produced their first single, Escape the Matter, which exceeded a million listens on various platforms. In 2017, this electrohybrid monster presented Digital Empire , the group’s first eleven-title album. Halfway between heavy metal and synthwave, it’s on several lists of the best synthwave albums of 2017, largely justifying a vinyl re-release, scheduled for 15 October with Neuropa Records (Carpenter Brut, Dance with the Dead, etc).

On stage, the duo will put on a wild show, between dancefloor and headbanging.