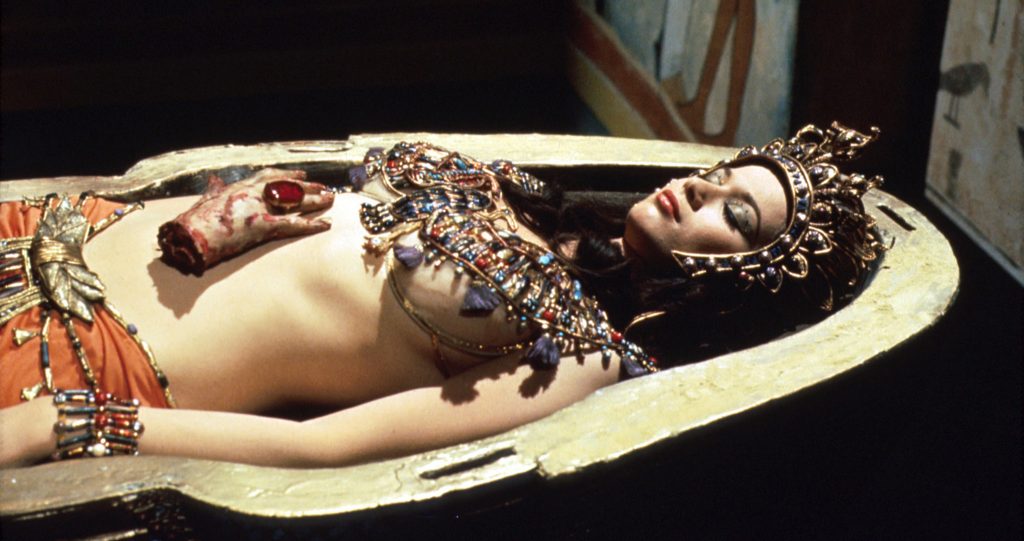 BLOOD FROM THE MUMMY’S TOMB

During an expedition in Egypt, Professor Fuchs discovers the tomb of the beauteous Tera, the legendary evil Queen of the Netherworld, who possesses magic powers. He returns to London, bringing the mummified body of the queen with him. But little by little, strange things begin to happen: objects come to life and his daughter begins to take on a bizarre resemblance to the ancient Egyptian queen. Based on Bram Stoker’s 1903 novel, The Jewell of Seven Stars.

Sunday, 1 November, 4pm at the Star

Language: in English, subtitled in French