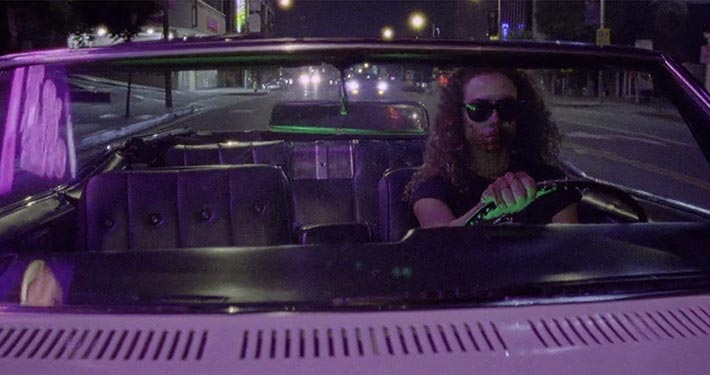 Dezzy Donahue is a painter who finds it hard to finish an important commissioned work. With the sultry Courtney, she wanders through the underbelly of Los Angeles, seeking new sensations. She discovers Bliss, the most intense drug she has ever tried. Her inspiration returns, but at the cost of psychedelic visions and a massive thirst for haemoglobin.

To the beat of an explosive soundtrack, Bliss is a bad trip with no landing, the hallucinatory wanderings of which Joe Begos films in gaudy fluorescent colours. Between fever and ecstasy, Dora Madison steals the scene and gives expression to this allconsuming madness.