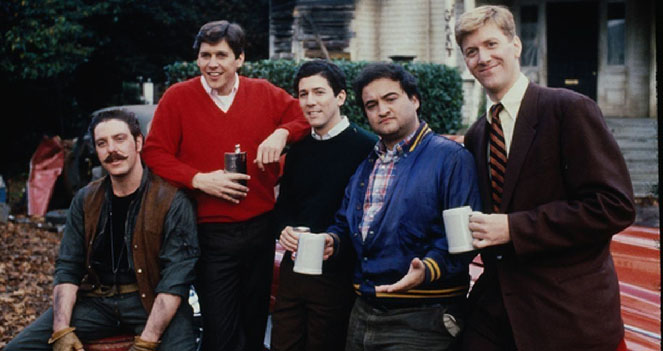 A huge public success, Animal House quickly achieved the status of a cult movie. Based on actual memories, it sets out to depict the rivalry between two fraternities on an American campus. John Belushi, one of John Landis’s favourite actors, opened the doors to the golden generation of 1980s American comedy. Animal House was the first film scripted by Harold Ramis, a writer who was very much part of the first stage of Landis’s career, firmly grounded in comedy.