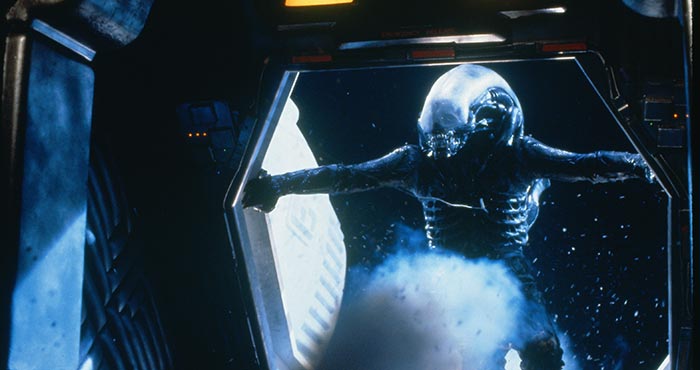 A space-tug crew discovers the embryo of a terrifying monster on board, which is set to grow and devour those it encounters wherever it goes. Before Alien, Ridley Scott, a fine-arts trained aesthete and prolific director of commercials, had made only one feature, the slightly rigid but very graphic costume film The Duellists. But the same attention given to its art direction was to make Alien a film with immediate impact, an anxiety-inducing monument to genuine cult cinema. Apart from the creation of a legendary monster, Alien also introduced an iconic heroine in the character of Colonel Ripley.