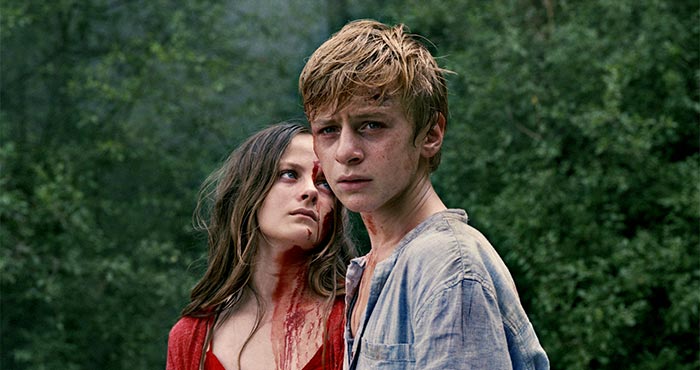 Paul falls madly in love with Gloria, a patient at the mental institution where his mother works, and who claims she’s been wrongly interned. Together they flee on an odyssey-like voyage, increasingly fraught with incidents of violence. Adoration opposes two different worlds: the encroaching reality of adults, whose only promise is of separation and psychiatric confinement. The other is one of transcendence, an intimate space out-of-time, sustained by Paul’s quasi-religious devotion to Gloria. Drawing on the French poetic realists of the past, du Welz has brilliantly crafted his 21st century version of the purest kind of love.