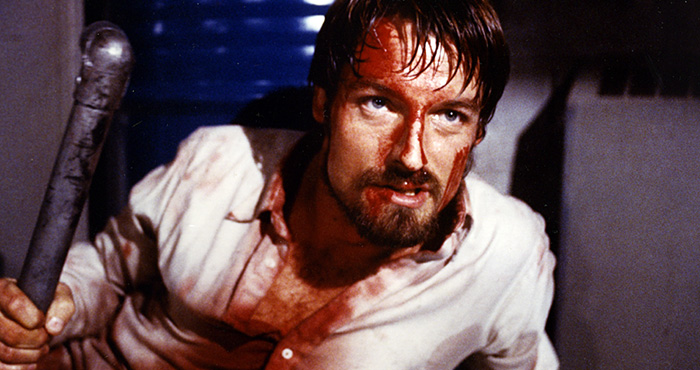 Andrew Norris, a young music teacher, begins the term at Abraham Lincoln High, but is quickly discouraged when he discovers that Peter Stegman and his gang of nihilistic punks rule the roost. Horrified by the extent of their control – drug dealing, prostitution, intimidation of teachers – Norris tires to put a stop to their delinquent activities. The inevitable confrontation turns into a grand finale of blood.

Lester’s pessimistic vision of unmanageable youth in Class of 1984 did not go unnoticed in the 1980s film landscape. It drew a less than flattering portrait of America’s school system and firmly anchored itself in the period’s prevalent stream of vigilante movies. A forerunner of Van Sant’s Elephant, the sheer violence of Class of 1984 and its caricatured portrayal of disaffected teens-turned-extremist easily recalls Kubrick’s Clockwork Orange.

Opening to Alice Cooper’s I Am the Future, imbibed with a neo-punk and unwavering 1980s atmosphere, plus introducing Back to the Future’s Michael J. Fox, Class of 1984 is nothing but horrifically cult !

In english, subtitled in french