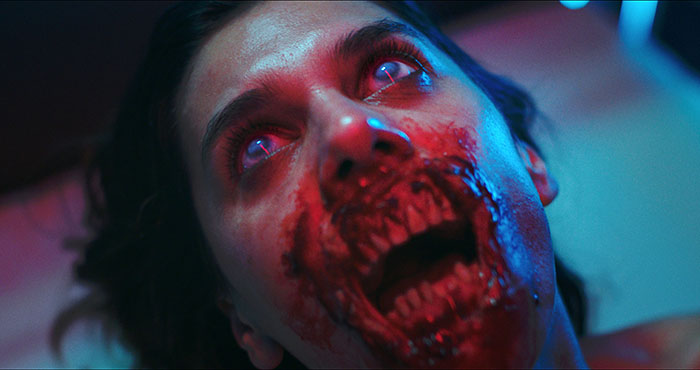 Pressured by her cosmetic-surgery-obsessed mother, Alison goes to a questionable clinic in Eastern Europe for a breast reduction. She’s accompanied by her boyfriend Michael, who faints at the sight of the slightest drop of blood. He frees a woman restrained to an operating table, unaware that she’s been infected by a virus. Consequently, he accidentally triggers an epidemic of flesh-eating zombies.

Watch out for karma when altering what nature has given you! The heroes in this biting satire on appearances are unfortunate and far from being admirable characters.

Don’t jump out of your seats with fright at this hilarious, energy-packed, totally gorefest film.

Language: in Dutch, subtitled in French