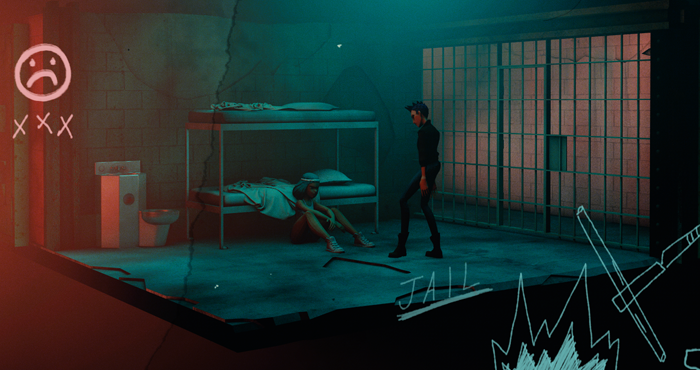 New York, 1978. Lupe, a Puerto Rican-American teenager, meets Debbie in a holding cell at a centre for young offenders. In spite of their lack of ability, their friendship leads them to form a punk group. A gem of VR animation, BattleScar revives the rebellious energy of the New York punk scene in this portrait narrated by actress  Rosario Dawson.