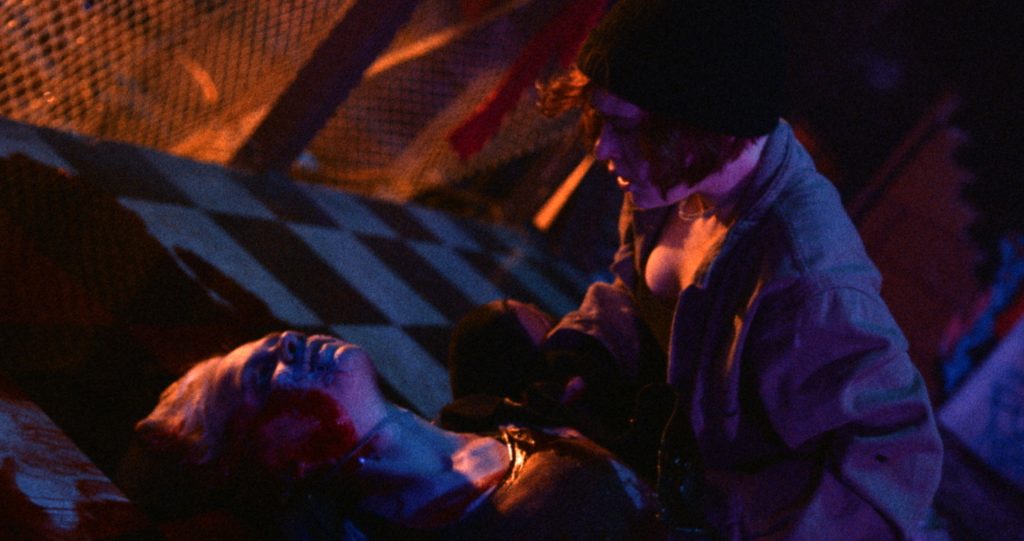 The acronym stands for American Veterans of Foreign Wars. These former soldiers, with their chiselled features of the great heroes of B-series action films (Fred Williamson, William Sadler and Stephen Lang), plan to defend a young woman against a horde of raging junkies. Locked in a bar, they will conduct an exhilarating siege and massacre the intruders one by one.

Joe Begos does not hide his references and pays direct tribute to a whole genre of 1980s cinema, from John Carpenter to John McTiernan. As in Bliss, the Begos desaturates tones and plays with colours, creating an ambiance on the edge of fantastic, bordering on nightmarish.

Sunday, 1 November, 6pm at the Vox

Language: in English subtitled in French