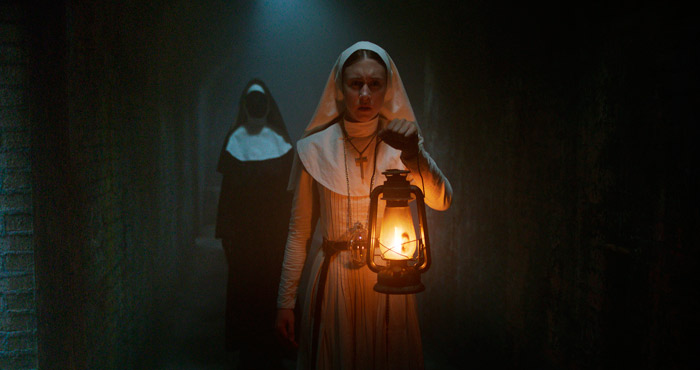 When the Catholic Church learns of a young nun’s suicide at a Romanian convent, there is total bewilderment. The Vatican immediately despatches a priest with a troubled past and a novice to lead the investigation. Risking their lives, the two clerics must confront an evil force, which will shake their faith and threaten to destroy their souls. The convent is quickly gripped by a merciless battle between the living and the damned.

A spin-off from the saga Conjuring, British director Corin Hardy shot The Nun in natural locations in Romania. Awarded the Silver Méliès at the Festival in 2014 for The Hallow, this passionate devotee of the world of horror cinema has directed a truly terrifying movie.