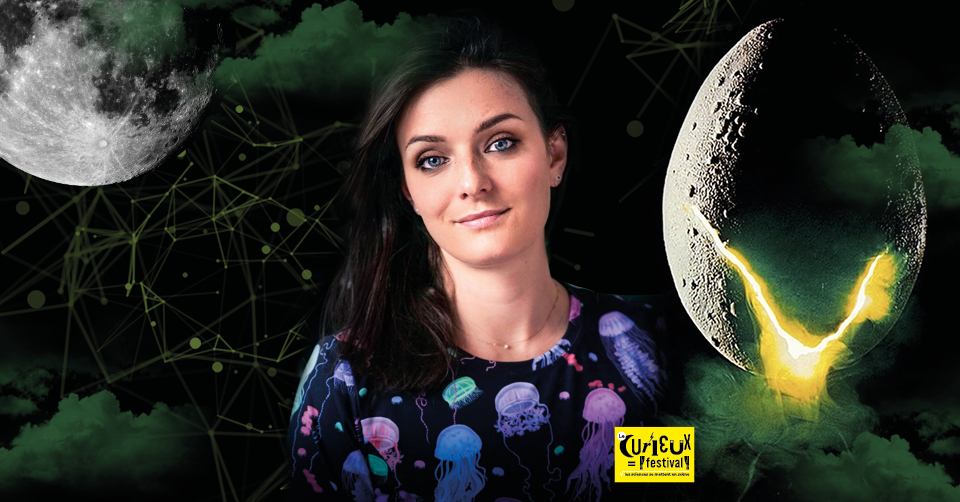 The Curious Show : Alien in the Curiosity Box

The first Curieux festival (The Curious Festival), to be held from 18 to 23 April, invites you to share poetry, humour and their love of science, through people and performances.

The Strasbourg European Fantastic Film Festival is more than pleased to take part in their adventure by partnering a mind-boggling evening : The Curious Show.

A terrifying film and a joyous conference all in one

An evening that will make you shiver and shudder with fear, and delight you to discover how you can have fun with Ridley Scott’s masterpiece, Alien. But … what if Alien were real? After the film, Marie Treibert, creator of the blog and YouTube channel La Boîte à curiosités (The Curiosity Box), will tell us everything we need to know about the fantastic creatures that inhibit the real world.

The commercial spaceship Nostromo and its crew are on their way back to Earth with a large cargo of minerals, but the ship has to make a forced landing on a deserted planet. Kane, one of the ship’s officers, is attacked by an unknown life form – an arachnicide – which smothers his face.

Marie and her Curiosity Box are an endearing duo who browse through the sciences, especially biodiversity sciences, with questions and amusing explanations. They time travel to meet the great scientists of the past ; they shrink themselves to tiny to meet bacteria ; and they prove without a doubt that curiosity never killed the cat.

8pm on Thursday 21 April at the Vox cinema