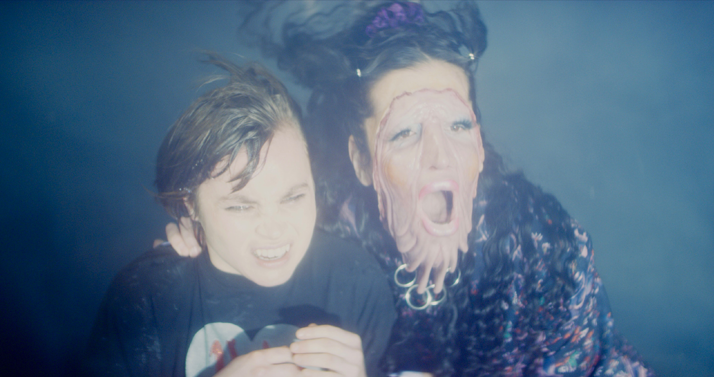 Short Films Made in France #1

While waiting for Constance, his guest for the evening, whom he met through an online dating site, a man sits at his desk writing in his diary. He has nefarious plans for her and the evening promises to be one that will not be soon forgotten.

Maxime, a young man looking for stability is literally haunted by the ghost of his recently deceased girlfriend. To put an end to this unbearable situation, he decides to break up with her.

France, 1986. When Hughes, from the West Indies, discovers the new ad for Freetime, he is stupefied. France, his birth country and which gave him his identity, considers him a cannibal. This is the beginning of a radical awareness fueled by anger and frustration…

Something of a loser, Dorothy is a film director having a great time writing her script. But a phone call from her producer cuts her fun short. It’s time to stop writing Queer comedies and start making more universal movies.

An autumn morning. At the forest’s edge sits an old house with closed shutters. Something invisible, mysterious and anguishing awaits: a run-down bedroom, alive with memories.