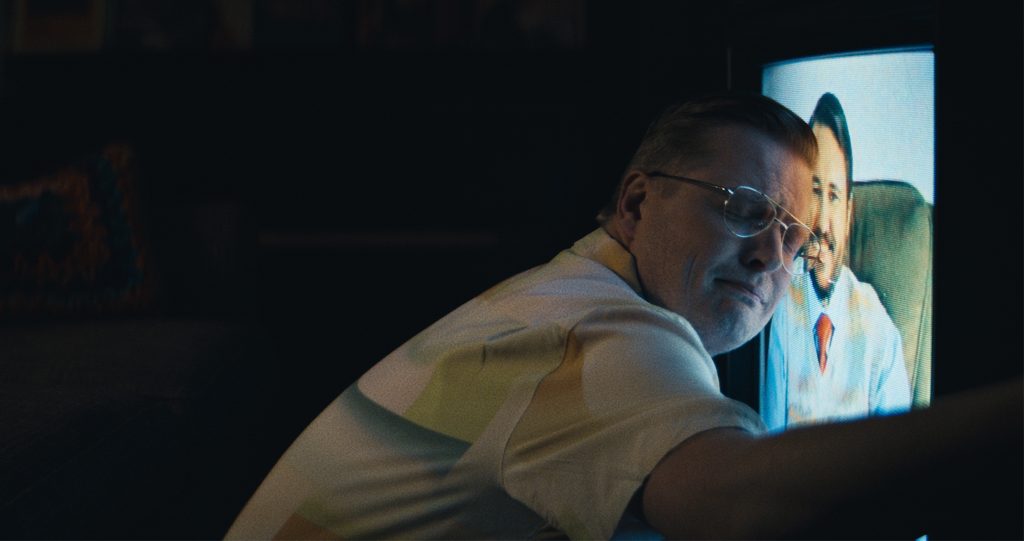 The year is 1990 and David, who is in his forties, takes care of his infirm mother on his own. In order to lighten the burden of this heavy responsibility, he tries to find a girlfriend through a dating service that asks everyone seeking love to record a video to introduce themselves. As he deposits his at the agency, he borrows a VHS tape entitled Rent-A-Pal in which a man called Andy introduces himself as the perfect friend to bring him out of his isolation. This initially innocent virtual relationship proves harmful to David’s tormented soul, and this less and less imaginary friend encourages his darkest feelings to explode in broad daylight.

Brian Landis Folkins’ delicate and subdued performance allows for strong feelings of compassion for this man seeking affection, rendering his life even sadder than it already is. A melancholy chronicle of loneliness that slides into full-frontal violence under the noxious influence of this friend, who spouts terrifying remarks about women. Watching a video in a horror film is doubtless never a good sign!

Sunday, 1 November, 2pm at the UGC