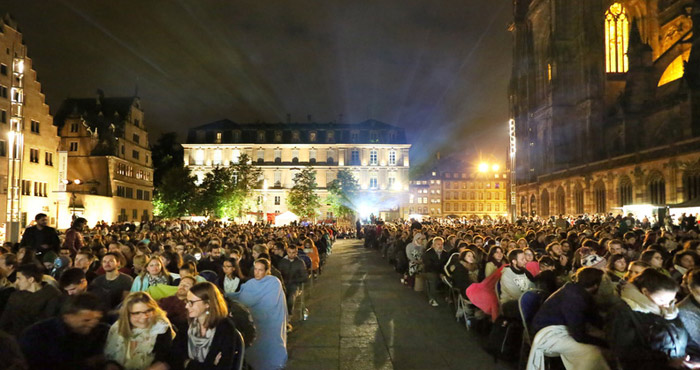 This year, our public in Strasbourg will have the opportunity to see the Ark of the Covenant open just a few metres from their cathedral. In only a few years, the public screenings at the foot of the city’s best-known monument have become an eagerly awaited Festival event. This time, Indiana Jones will take centre stage in his first great adventure, in this first collaboration of movie giants Spielberg and Lucas, at the dawn of the 1980s.

Often imitated but never equalled, there is nothing fresh-faced about Indy. He is the offspring of the serial and the successor to the heroes of the exotic adventure films of the 1950s, but due to the charisma of Harrison Ford and his creators’ sense of wonder, Indiana Jones instantly became the stuff of cinema legend.