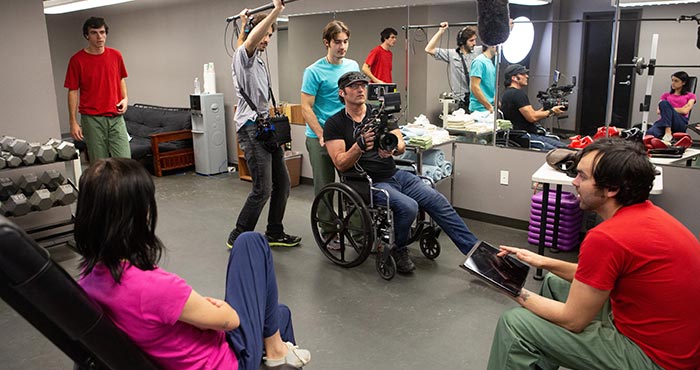 Followed by the projection of Red 11

A director, producer, composer and screenwriter, he has been the man behind such successful films as Desperado, From Dusk till Dawn and Planet Terror, the second opus of the Grindhouse project with Quentin Tarantino, and, more recently, Alita: Battle Angel, produced by James Cameron. Robert Rodriguez will turn his attention to teaching cinema and unveil the secrets of his cinematographic work. From the preparation of film shoots to editing, and including music and special effects, his audience will have an opportunity to discover the working methods of a multi-talented director who continues to make movies at his Austin-based studios. The master class will be followed by a screening of his new film, Red 11, shot on a budget of $7 000, like El Mariachi many years back.