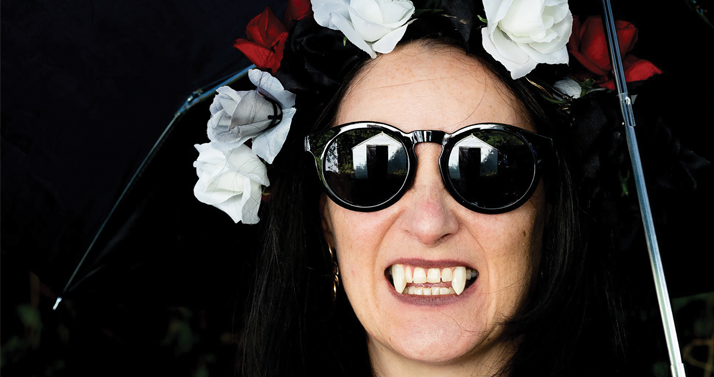 Let the Wrong One In

Matt discovers that his older brother Deco has gone from addict to vampire. The clues are clear: he has two marks on his neck, overheats in the sun and wants lots of human blood to drink. A teen who’s faced with a hard choice: to protect his brother, risking his own life and that of his neighbours, or drive a stake through his heart? The intervention of a taxi driver turned new Van Helsing – Anthony Stewart, Buffy’s mentor – is set to complicate this already difficult task.

This Shaun of the Dead horror comedy is full of graphic British swear words and gallons of blood.