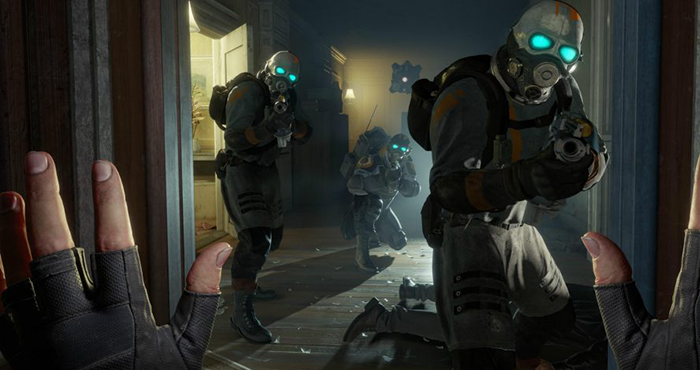 THE RETURN OF A CULT SAGA IN VR: HALF-LIFE: ALYX

For all of you lucky ones with a VR headset, you can escape from home without an authorisation.

Whether with a 360° documentary, a 3D rollercoaster ride or with a frenetic video game, VR is a must for the Great Confinement Escape. And with perfect timing, Valve studio’s videogame blockbuster, Half-Life: Alyx, has just been released.

Set in an Orwellian dystopia run by the Combine, an authoritarian government controlled by vicious alien invaders, this eagerly-awaited work from the ultra-cult game series is an ambitious VR experience. The famous mute crowbar wielder is absent from storyline this time round; the narrative goes back 5 years to focus on the origin story of Half-Life 2’s charismatic side-kick, Alyx Vance, a resistance fighter like her father.

Technically flawless, its excellent game design is enhanced by gadgets reminiscent of Gravity Gun – let’s just say that it feels like we’re back in Ravenholme. If the first Half-Life reinvented the FPS in 1998, this game may well make history in both the worlds of both VR and video games.