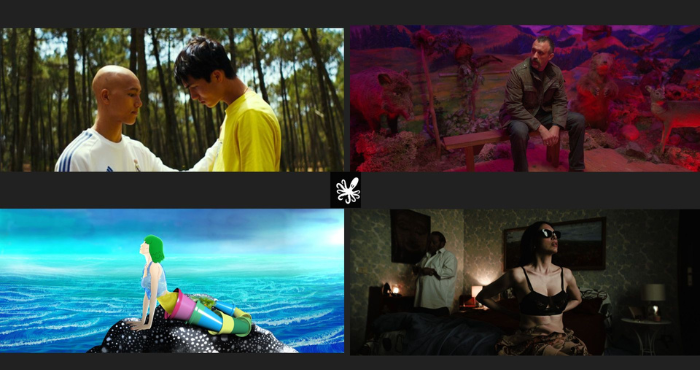 The Strasbourg European Fantastic Film Festival is pleased to announce a first wave of titles selected for its 15th edition, which runs from 23 September to 2 October. Here’s a sneak peek of the selection.

The Crossovers Competition, reserved for thrillers and noir film, among other genres, is particularly pleased to show its support for Ukraine, with Dmytro Sukholytkyy-Sobchuk’s mind-blowing Pamfir, about a contraband runner who undertakes a last gig to provide for his family. Pamfir premiered in Cannes in the Directors’ Fortnight competition. After Skins, Spain’s Eduardo Casanova is back on the scene with La Piéta (La Piedad), an eccentric variation of the toxic mother-son relationship theme, produced by Alex de la Iglesia. The UK’s Peter Strickland of In Fabric and Berberian Sound Studio fame, returns to the festival in grand form with Flux Gourmet, all about sound and food – or acoustic cuisine – experimented with by a group of performance artists at a nutritional research institute. From Iran, don’t miss Arsalan Amiri’s Zalava, an edgy denunciation of religious obscurantism, told through the story of demonic exorcisms in a tiny mountain village of pre-revolutionary Iran.

Animated film competitors include the Japan’s Inu-Oh (Inu-ô), Masaaki Yuasa’s punk adaptation of a Hideo Furukawa novel, that follows the rise of a young Noh actor in Medieval Japan. After Marona’s Fantastic Tale, Romanian director Anca Damian returns to Strasbourg with The Island, her runaway musical comedy take on Robinson Crusoe. In the unclassifiable Unicorn Wars, Spain’s Alberto Vazquez depicts, in epic mode, the ancient ongoing battle between unicorns and teddy bears, while Latvia’s Signe Baumane dissects the chemistry of falling in love in My Love Affair with Marriage, a curious work at the crossroads of documentary, autobiography and … once again, a musical comedy.

Treats from the Midnight Movies section include Dario Argento’s Dark Glasses (Occhiali neri), in which the maestro reconnects with the giallo, a genre that earned its renown, through its portrayal of serial killers, pure Italian style. Dark Glasses stars his daughter Asia Argento and boasts a soundtrack by Arnaud Rebotini. From the United States, Ti West’s X is a 1970s-style slasher and survival that recalls the masterful Tobe Hooper. West tells the story of a film crew shooting porn, who fall into the clutches of Texas rednecks. Also from the States is the high-octane Deadstream, where directors Joseph and Vanessa Winter film a haunted house from a subjective-camara point of view. To conclude, try the Belgian Megalomanic from Karim Ouelhaj, a film that stretches kidnapping cinema to the outer limits of extreme, in a story inspired by a high-precision, serial dismemberer known as the Butcher of Mons. Never apprehended, by the way.